On September 4, 2022, on the occasion of the birthday of the famous Tajik scientist Aburaihon Beruni, the founder of the science of petrology, an international virtual scientific conference was held online with the Association of Geologists of Iran, the National Tajik University, Dangara State University and Mining-metallurgical Institute of Tajikistan. Tajik and Iranian scientists participated. The conference was opened by Professor of the Association of Geologists of Iran Mansour Ghorbani, who made a presentation on the topic “Introduction the basic science figures with their interests in Earth science “

It must be noted that Professor Nasriddinov Z.Z. spoke on the topic “Majors of geology and basic sciences in Khujand ” and provided the participants with full information about the Mining-metallurgical Institute of Tajikistan, noting that it is the main institution in the Northern Tajikistan which prepares specialists in the geology field.

This conference was very interesting and continued 4 hours. 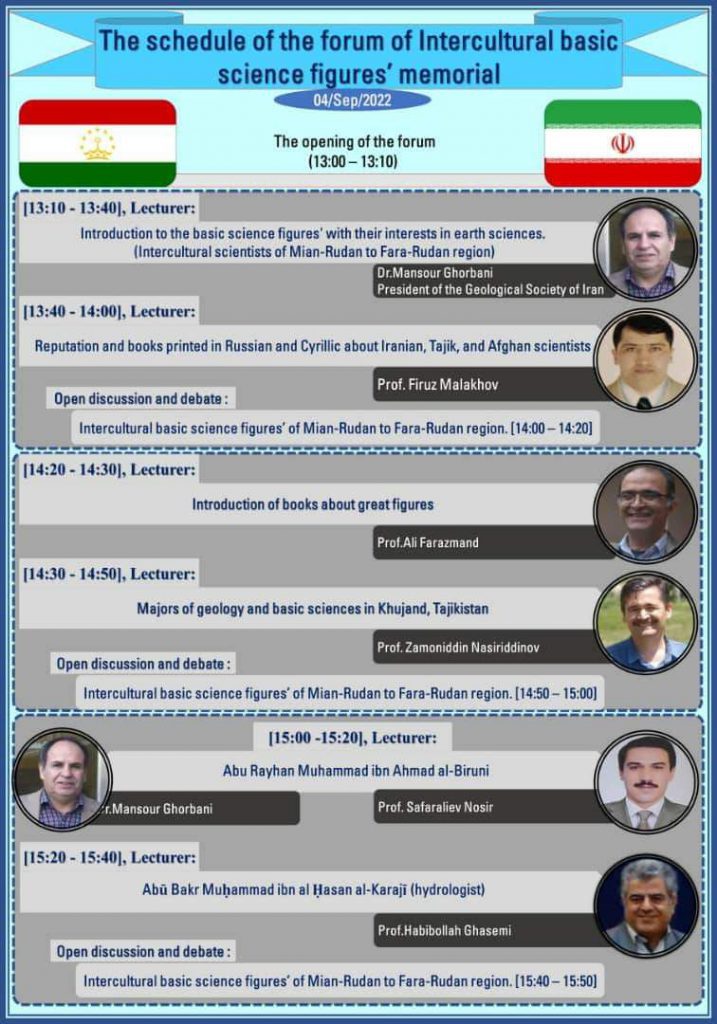