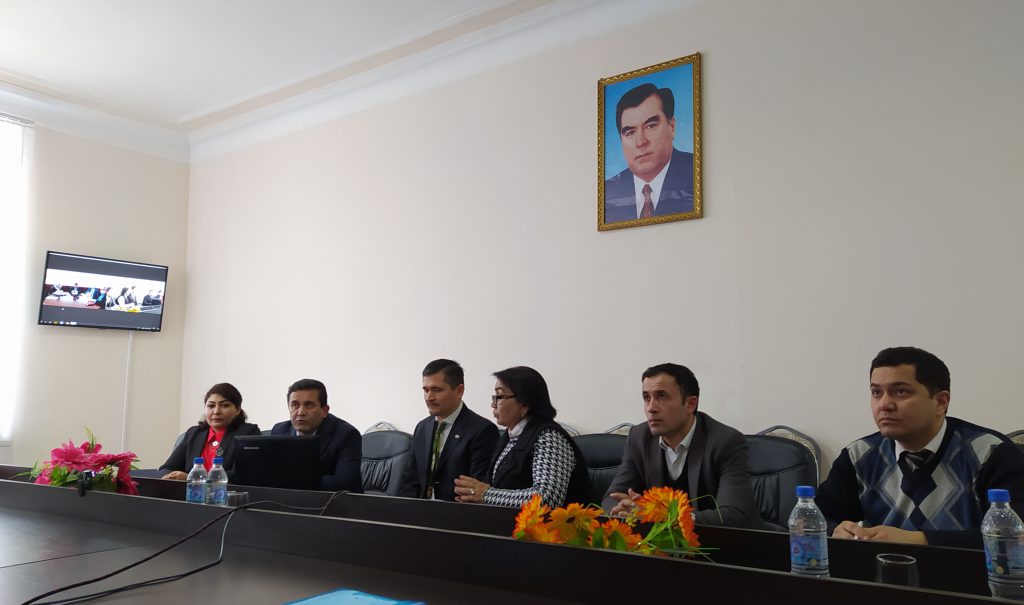 The club “Treasure of Wisdom” was founded by the Dean of the Faculty of Industrial Economics Saidov M  K opened and congratulated all teachers on this holiday. Then, the head of the club, senior teacher of the department Kholova F. informed the participants about the next reports of the club. Then, members of the club Abdulloev A. Student of the 2nd branch, specialty 510101 t (A) on the topic “Constitution – the guarantor of human and civil rights and freedoms”, student of the 2nd branch, specialty 510101t. Munavvarov J. on the topic “16th Session of the Supreme Council and the fate of Tajikistan” and Safarzoda S. spoke on the topic “History of the national flag of Tajikistan.”

During the discussion of these topics the head of the department of humanities and social sciences Rahimova Sh. Expressing their views on the presented reports, they noted that in fact the reports of students were very relevant and were presented through slides and sharp speeches. After the students’ speeches, the teachers of the department Ibragimova O. and Mahmudova Z. was given. Teachers expressed their views on the presented reports, noting that the proposed topics are very relevant and cover the presentation of the achievements of independence. The students presented their presentations in a sharp and slide-based manner, which was very memorable.

Also, the teacher of the department, Doctor of Historical Sciences, Professor Mullosho Davlatov praised the reports, noting that the speeches of students were presented at a high level and have a national character. M. Davlatov noted that, in fact, the process of globalization has also affected our country, and only as a result of respect for national traditions we can preserve our national gene pool.

The head of the department of humanities and social sciences Rahimova Sh. In his concluding remarks, he praised the reports of students and called for such events.